Gone to Earth is coming to Ringmer Sussex. 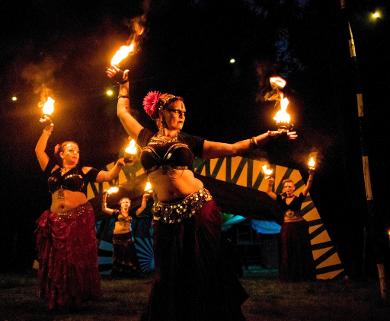 We will be having many beautiful and magnificent dancers join us for 2023- keep watching this space as more is revealed.

"Originally trained in traditional Egyptian dance I now like to combine this art with my personal spiritual beliefs creating pieces to mark and honour the wheel of the year using a wide variety of musical styles. I love to share my passion both from a performance and teaching perspective and can be found on both Facebook and Youtude."

Described by Fantasy Forest Festival as “The Master of Celtic rock'n'reel”, Davey Dodds fronts a startlingly good live band. The music is Celtic, psychedelic, Pagan and life-affirming- they will set your feet dancing!

Davey is a songwriter of some renown. His classic, 'The Magpie', was recorded by The Unthanks, used on The Detectorists on BBC2 and broadcast from The Proms in 2018.      The same song was covered by David Gilmour in 2020.

A recent review described the band members as “Forces of nature”. Davey himself provides the lead vocals and plays electric and acoustic octave mandolins. Gillie Hotson flies her electric violin, Daniel Billing drives the music with his bass and David Clifford powers the band with his drums.

Davey has an interesting history. In 1994, his old band, Red Jasper headlined The European Symphonic Rock Festival. Shortly afterwards, SI Music, the Dutch record label the band was signed to, went bust. Davey went off to live on a different planet and worked as a fly-fishing guide in remote, wilderness locations. People and events prodded him back into playing and writing in 2017. Three albums later – he's having a blast! The adventure continues..... 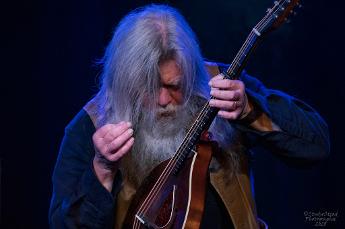 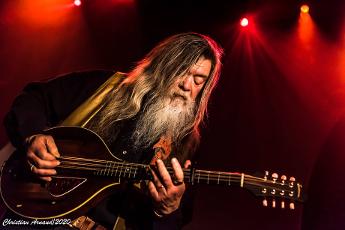 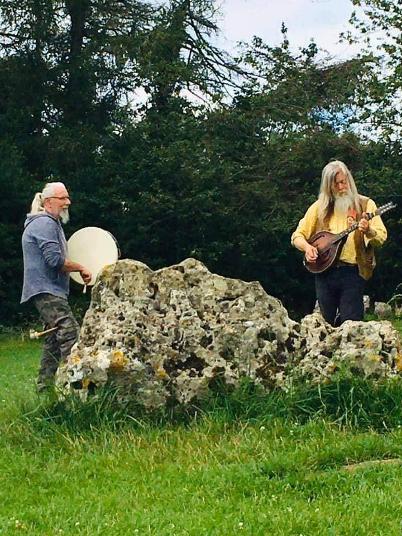 Playing great music with real live humans to real live humans is what Davey Dodds does best!  Here are a couple of links to YouTube videos filmed at the gig at The 1865 in Southampton on the 1st of October 2020 (socially distanced of course!)

The adventure will continue!

Thank you for a lovely weekend, Henrettas Handmade x The weekend was brilliant; thank you

Thank you, it was wonderful. Can’t wait for the next one xxxx

We had a fantastic chilled  out weekend at the gone to earth festival ! thank you karen light and all the team that made it happen !

Thank you for a lovely weekend, Henrettas Handmade xThe weekend was brilliant; thank you

Hiya, we visited Gone to Earth yesterday, just for the day. It was absolutely fab!! We loved it, thank you so much for organising it . We'd definitely want to camp for the weekend if you hold it again next year.

COUNT MY BLESSINGS!!!! THE LAST 2 WEEKENDS HAVE GIVEN ME SUCH BLESSINGS;First we spent an excellent weekend with our FIREFLY FRIENDS in CLOVELLY (Nigel, Babz) who kindly invited us and with such good people as Jedidiah, Martin, Helen,Andrew and all the webbers, and all who made us welcome and helped with all the Help I need - THank You people you have given me so much xxxNOW This last Weekend.... Gone To Earth Festival (FIRST TIME NEW FESTIVAL) ;-A First go at a Festival by a really lovely person Karen Light, I thank you for putting on such a great event(and for including us upon the bill and giving us such an opportunity... YOU DID US ALL PROUD Karen AND PLEASE CONTINUE WITH THIS EVENT... (special thanks to ALL OF YOU STAFF AT Stonham Barns - I HAVE NEVER HAD SUCH WELL PROVIDED DISABILTY FRIENDLY HELP AT ANY FESTIVAL SITE (FACILTIES/AWARENESS)Next I feel that without the Support and Love provided by my friends or should I say the "Family" that have welcomed both Alicia, Daisy Dawg and me into their world. Without the Help and Constant Support and Encouragement, I would be stuck in a hinter world of isolation and boredom...I could write a Book upon how individuals, Bands, Performers,Traders and event organisers who have HELPED ME and given me such practical Love, so here goes the longest but most incomplete Thank You!! so in no sensible order....

Fantastic weekend, trading, dancing, meeting up with friends, great music and lots of fun. Can't wait for next year, well doneI want to say a big thanks to Karen Light and all the team at Stonham Leisure Park for a great festival. I feel blessed to have had the opportunity to perform my hooping for you all and was truly touched by everyone’s lovely, uplifting and wonderful feedback. You are all such lovely people and I’d love to be a part of next years festival. Personal highlights were Raven drummers and The Captains Beard Love and light to all.We had such a fab weekend. We have our towels ready to save "our corner" for next year!! 😂Thankyou Karen. It was beautiful.

Thanks Karen for a lovely weekend. The festival was a great success and we’re looking forward to next year!Was a great weekend & we met so many beautiful people .Hoping to return next year. Well done to you, your team & Stonham village for all of your hard work in putting on such a fab event. Big pat on the back & hugs coming your way. 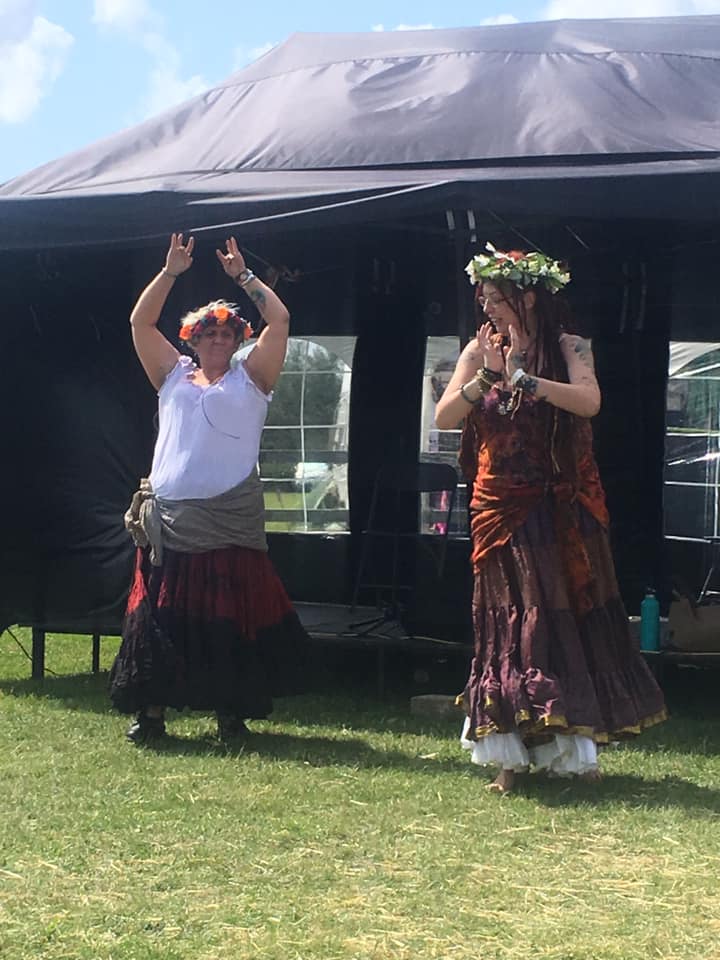 Thanks for the festival it was amazing loved every minute xThank you Karen & your hardworking team....especially the endless patience and running around of your sound man in the barn...on the go all the time but always smiling....As paying public we had a fantastic relaxing time, spent far too much at some of the great stalls & bopped to some of the great bands... We’d love to be part of the next one! X 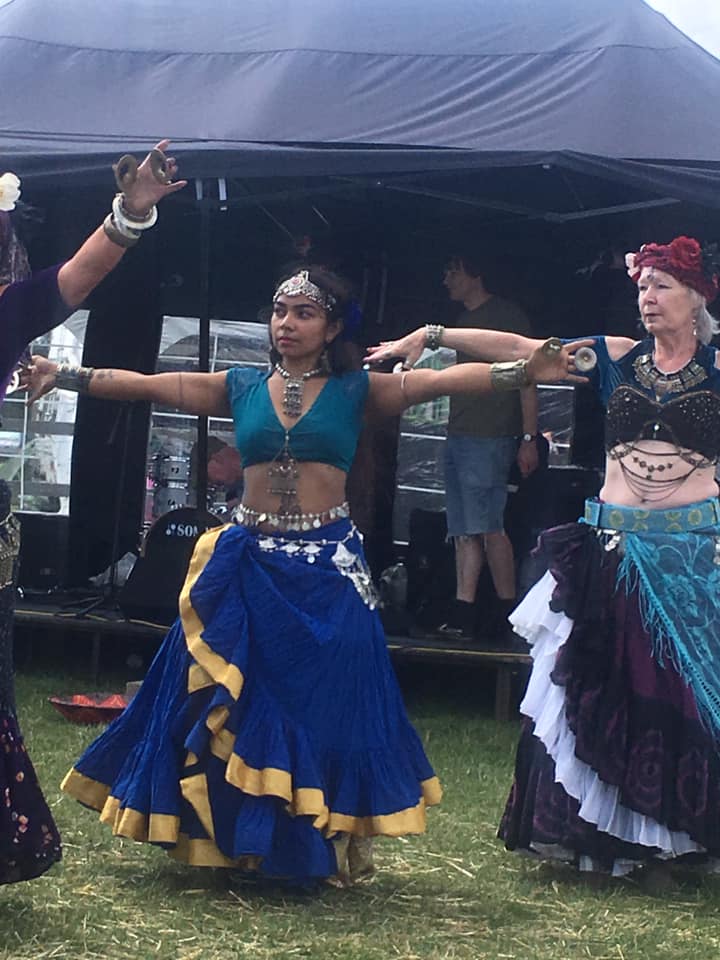 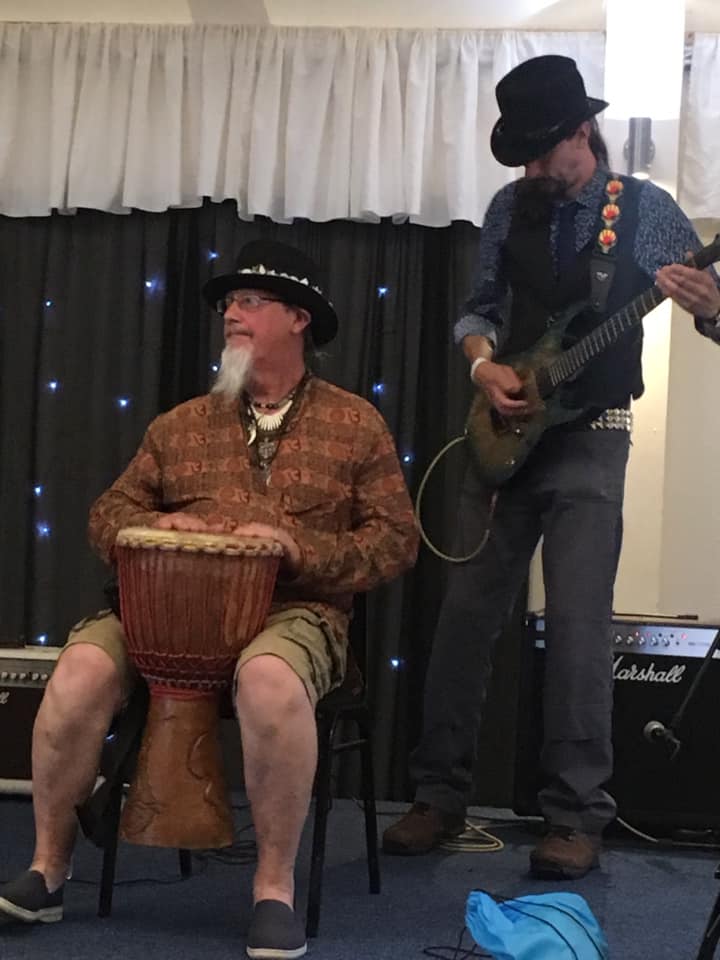 This has been a brilliant experience thank you everyone for making us so welcome especially other stall holders Lorraine and Jeremy it was our first event and we learned so much. Thank you all from angelsandcrystals.co.ukhope to see you all again soon. 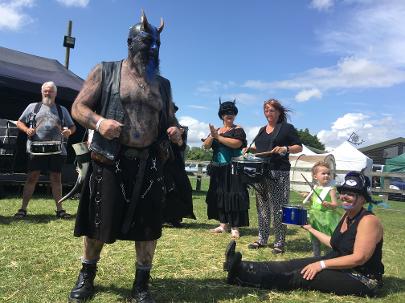